And a woman was there who had been subject to bleeding for twelve years. She had suffered a great deal under the care of many doctors and had spent all she had, yet instead of getting better she grew worse. When she heard about Jesus, she came up behind him in the crowd and touched his cloak, because she thought, “If I just touch his clothes, I will be healed.” Immediately her bleeding stopped and she felt in her body that she was freed from her suffering.
At once Jesus realized that power had gone out from him. He turned around in the crowd and asked, “Who touched my clothes?”
“You see the people crowding against you,” his disciples answered, “and yet you can ask, ‘Who touched me?’ ”
But Jesus kept looking around to see who had done it. Then the woman, knowing what had happened to her, came and fell at his feet and, trembling with fear, told him the whole truth. He said to her, “Daughter, your faith has healed you. Go in peace and be freed from your suffering.”

The word of the Lord came to me: “Son of man, prophesy against the shepherds of Israel; prophesy and say to them: ‘This is what the Sovereign Lord says: Woe to you shepherds of Israel who only take care of yourselves! Should not shepherds take care of the flock? You eat the curds, clothe yourselves with the wool and slaughter the choice animals, but you do not take care of the flock. You have not strengthened the weak or healed the sick or bound up the injured. You have not brought back the strays or searched for the lost. You have ruled them harshly and brutally. So they were scattered because there was no shepherd, and when they were scattered they became food for all the wild animals. My sheep wandered over all the mountains and on every high hill. They were scattered over the whole earth, and no one searched or looked for them.

In this modern age of relativism, the truth distinguishes itself from the false in the face of Christ who lays down his life for the sheep.   Suffering under ancient physicians and their dubious remedies, the woman 'defiled' (in the light of Mosaic law) by her uncontrollable menstrual bleeding grew only worse, and was alienated by her impurity from the community of Jewish believers.  Deprived of her money, the woman had not been strengthened by the false physicians but like all lost sheep had been 'scattered over all the face of the earth, with none to search or seek for them'.

We too suffer at the hands of today's false shepherds who offer us the false cures of behaviour modification, gnostic spirituality, law without gospel, and self-help manuals.  But instinctively we know, because of our many failures to bring our lives in line with God's Word,  that we cannot cure ourselves by internal means.  Rather, like the woman, we need a touch by a greater Power and Person outside of us that will heal the sickness of sin in our bodies.  As power drained from Jesus to heal the woman's bleeding, so likewise Jesus gave his body and blood so that we might grasp Him by faith, and be made well - united to the community of believers, and reconciled to God by the smallest seed of faith that touches Jesus, dressed in his dying garment of flesh on the bloody Cross.

Posted by Martin Jack at 5:33 AM No comments:

Christian Sites and Podcasts I Frequent 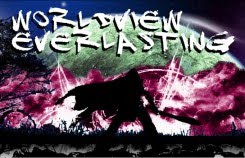